Why you should consider moving to a new city 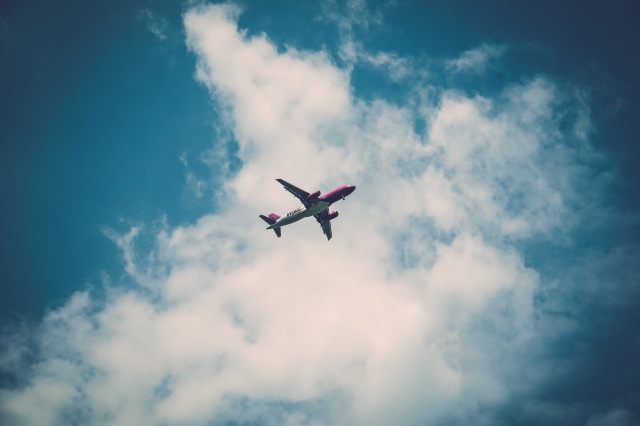 Things just aren’t working out in your hometown, and you yearn for greener pastures. But you can’t just drop everything and move to a new city and start a new life for yourself can you? Actually, you can, but you need to plan ahead to set yourself up for success. I’ve moved to four cities, Milwaukee, Oakland, San Francisco and Chicago from rural Wisconsin. And if I could do it over again, I would do things differently. Below is my personal experience with city living, the pros and cons and how to survive.

ADVANTAGES OF LIVING IN A CITY

More job opportunities
The biggest reason people do it. For instance, where you live now may not have enough work available to you, but larger cities like New York do. While it’s best that you get a job before moving, sometimes you have to move to get the interview.  A new city will open many doors for you, and it’s one of the best ways to advance your career. Especially if you feel like your stuck in a dead end job.

Easier to network and make connections
LinkedIn is great, but meeting people face to face often gets you the job. Not only do larger cities have numerous networking events, but they also have conventions. Here you can do a massive amount of networking that can pay off in the long run. For example, San Francisco’s Moscone Center has something going on usually every week. And even if you don’t attend the conference you can go to events related to the conventions through Eventbrite. Just by living in a big city you’ll always be meeting someone new, so it’s one of the best reasons to make your move.

A chance to get exposed to new industries
While you’re networking, you’ll often come across jobs you would never have considered otherwise. It could be programming or some other subject that might compel you to try something else. For me, it was PR, sales and event staffing. I never considered either at first. But they lead to valuable skills that complimented my journalism background.

DISADVANTAGES OF LIVING IN A CITY

High rent and low job wages
The pros of city living can turn into real negatives if you’re not careful. The high cost of rent can make your daily life difficult for instance. Big cities also have high sales taxes, commuting costs, pricey food and more expenses that add up. And if you’re just starting out on an entry-level salary it can make you feel poor. However, if you stick it out, you’ll find living in a big city gets easier.

Competition
A big city has lots of work available, but you’re competing with more people. Who often have a stronger education and work background than you do. Depending on your career status and if you didn’t go to college, then it might not be worth moving. So, keep that in mind and do your research before you make your move.

Your quality of life suffers
Besides a high cost of living, be aware of what sacrifices you have to make while living in a big city. That could be realizing you can’t have your own living space to yourself and have to live with roommates. You might not have a yard or a larger living space and instead will have to live in a smaller area. It could be not having a car because of the cost and having to rely on public transportation more. Weigh the pros and cons before you decide to move and if that job is worth the sacrifices.

TIPS FOR MOVING TO A NEW CITY

So, you’ve made up your mind that it’s time for a new change of scenery. However, you’re probably wondering how do you set yourself up for success? Here are things I’ve done and wish I would have spent more time doing before my moves.

Find a job before you move out there
The best way to go about moving to a new city. If you can get hired online or through a LinkedIn connection, then it’s easy moving to a new city. You might have to catch a plane for an interview, but the hiring company may even pay for it. It may take a long time to get hired because of your distance, but just keep applying and you’ll eventually get there.

Don’t lie about your address on your resume
Lying about your location on your resume can cause trouble, so I recommend this approach. Put relocating to your city of choice on your resume. That way you’re not lying about where you live. Not all hiring managers will consider out of state applicants but some will. So, don’t limit yourself to one city and make sure you broaden your search.

Use the summer months wisely
I’ve done this before and you can too when getting ready for your move. Usually, the best time to go to a new city is in January or September. While it’s possible to get hired in the summer, the job market tends to slow down once June hits. If your not having luck getting interviews, it’s best to use your summer to regroup. Take a job not in your industry and work the summer to save money while you apply online.

Save as much money as possible before leaving
It helps so much to have an emergency fund because things can go wrong quickly when you move to a new city. As a backup plan, consider working retail or restaurant jobs to make some extra cash while you look for your ideal job. But be careful not to pick one where you have to call to confirm whether you work or not that day. I’ve had retail jobs that hired too many employees and had limited payroll. Working at those retail jobs, I only got 20 hours or less a week and had to take a second job to get enough hours.

Sell things on eBay, Amazon and Craigslist
See any personal belongings laying around you haven’t used in years? Well, if they don’t have any sentimental value to you it’s time to sell them and makes some money. By selling old video games and other items, I was able to save over 3,000 dollars. Which I added to the money I made working two retail jobs in the summer. Selling online doesn’t take very long, and it made a huge difference for me getting settled in the Bay Area.

Stay with a relative or a friend until you get a job
Another great way to offset the high cost of city living and make the move more plausible. By staying with someone you know not only will you have an easier time getting settled in the city. You’ll also save a lot of money. And you can use their address while you apply for jobs. Which gives you a huge advantage over other people who live farther away. Offer to pay rent, help with chores and other stuff to make the living arrangement better. And if you can’t find a job don’t overstay your welcome. Move out at a specified time.

Live below your means
Especially if you’re not working yet. Living in a new city can drain your wallet fast. You might be eager to go out to shows, bars and try new restaurants, but scale back and do your research first. You can still do these things, but be frugal about it. Look online for blogs and website that feature cheapskate experts who offer tips you can use. Try Groupon, Goldstar, Eventbrite and Meetup to find cheap deals near you. Find out what days your favorite bar or restaurant has specials on drinks and food. Then time your free time and socializing on those days.

Pick the city that’s right for you
New York and San Francisco might be on the top of your list on places to move, but can you afford the rent? Keep that in mind when considering a move. You can make both areas work with roommates, but you’ll have to give up your independence. If that’s an issue, another city where rent isn’t so high like Chicago may be better. Are you going to drive or take public transportation? Keep that in mind too. Each city has its pro and cons. And a certain city might have the job you want, but it might not have the lifestyle you crave or vice versa.

If you fail, it’s okay
I moved to the Bay Area cold with no job and was able to find work within a month. Although the first job wasn’t what I went to school for I did find writing work later. I tried the same thing with Chicago but failed to find a full-time writing job. I could have stayed and worked a retail job but decided to move on and broaden my search. The lesson here is just because you move to a new city and fail doesn’t mean it wasn’t worth trying. I learned a lot moving to Chicago. I went to dozens of networking events, made new connections and received  valuable advice for improving my resume.

Moving to a new city is both an exciting and scary step in your life. But, when you take the time to do your research, you set yourself up for the best chance of success. And if it doesn’t work out then at least you tried and won’t have any regrets or wonder what could have been.

I’ve decided to write a two-month blog series that will cover different challenging situations many people face during a job search. My goal is to pass along all the knowledge I’ve learned in my own job searches and help those succeed in finding work they love. Thanks for reading!