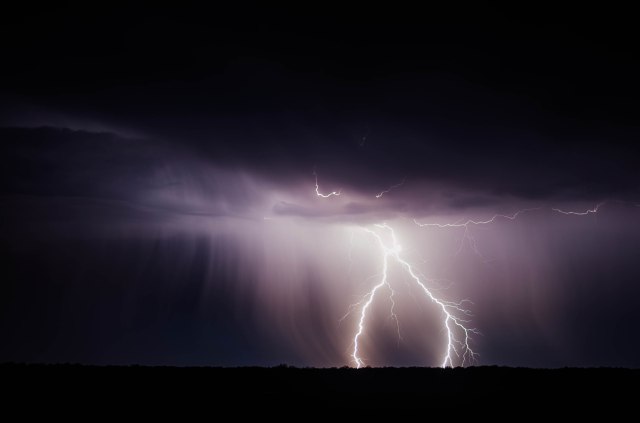 The God of Thunder ﬁnally makes his way to the silver screen this Friday, and not surprisingly, a video game will be released alongside the new movie. What’s surprising is that three diﬀerent versions come out May 2nd, and each title oﬀers something diﬀerent. Take a look below to ﬁnd out which title lives up to the Thor name.

Thor for Xbox 360 and PlayStation 3 First the bad news: This game is developed by Sega, who  handled last summer’s mediocre IronMan 2 videogame adaption. The good news is that Thor is still cut above most movie shovelware titles. The story for the game is completely original and separate from the ﬁlms.

Matt Fraction from Marvel Comics wrote the script that takes Thor to several worlds from the comic books that aren’t shown in the ﬁlm. Gameplay is similar to most third person action games with an emphasis on melee combo attacks and magic. If you’ve played God of War, you’ll feel right at home here. Boss battles, on the other hand, will be massive in scale and play out like scenes in the PlayStation 2 classic Shadow of the Colossus.

The verdict Based on early previews of the game from several video game websites, this game looks like it would make a solid rental, but lacks substance. It seems to be the type of game you can blast through in a weekend and then quickly forget about afterward. The graphics are nice and having the movie’s cast doing voice work is a plus, but the core gameplay doesn’t really oﬀer anything new that hasn’t been seen in other third-person action games before.

Thor for Wii This game is similar to the ﬁrst Thor game, but the graphics are closer to the comic books than they are to the ﬁlm. Thor for Wii is also action-oriented, and players can literally make combos last 200 hits or more. Also, like most other Wii titles, motion controls substitute for pressing buttons on the controller to perform advanced maneuvers. This game’s main selling point is that it includes exclusive ﬂight levels that play out like a light gun game where you shoot everything on screen as the game moves on its own.

The verdict At $10 cheaper than the Xbox version, this one has a slight advantage over its older brother. The exclusive ﬂight levels are a nice gesture, but this game lacks the graphical ﬁnesse of the HD versions. This title will likely be in the Wii bargain bin a few months after the movie’s release, so you may want to just wait or rent it.

Thor for DS Playing to the DS’s strength, this game is a 2D side-scrolling brawler with a vibrant art style that makes eﬀective use of both screens. For example, boss battles will utilize both screens allowing Thor to attack his enemies from above and below. The game encourages speedy play and resembles the arcade action of Contra 4. Lastly, the developers wisely stuck to a simple control scheme that doesn’t involve using the stylus for touch control.

The verdict Out of the three, this one has the most going for it. The developer Wayward has a proven track record of creating solid DS games like Shantae: Risky Revenge, Contra 4, and Batman: The Brave and the Bold. If you liked those games, you probably won’t regret your purchase.

This article originally appeared in the UWM Post. Check out the original article here. http://issuu.com/theuwmpost/docs/uwmpost_50211

This entry was posted in UWM Post Newspaper Articles. Bookmark the permalink.